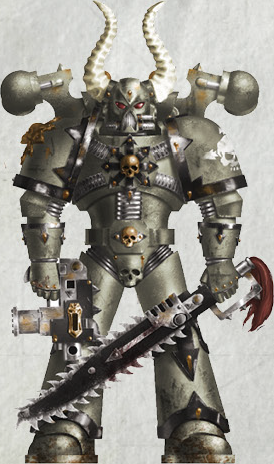 After the Death Guard crippled their fleet, the Iron Drakes Chapter became marooned on the plague world of Anathrax in the Eye of Terror. For over a century, Plague Marines harried the stranded loyalists, always aiming to debilitate their targets and damage their wargear rather than slay them. The last time the Iron Drakes were sighted in the Imperium, they fought under the name of the Grey Death, and their new loyalties were plain to all.