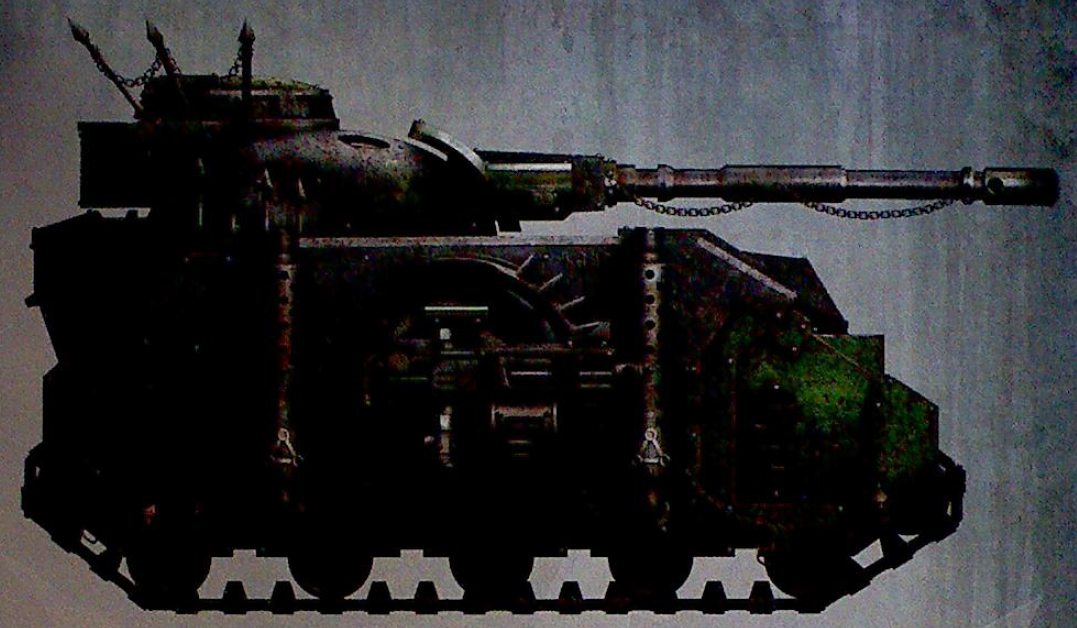 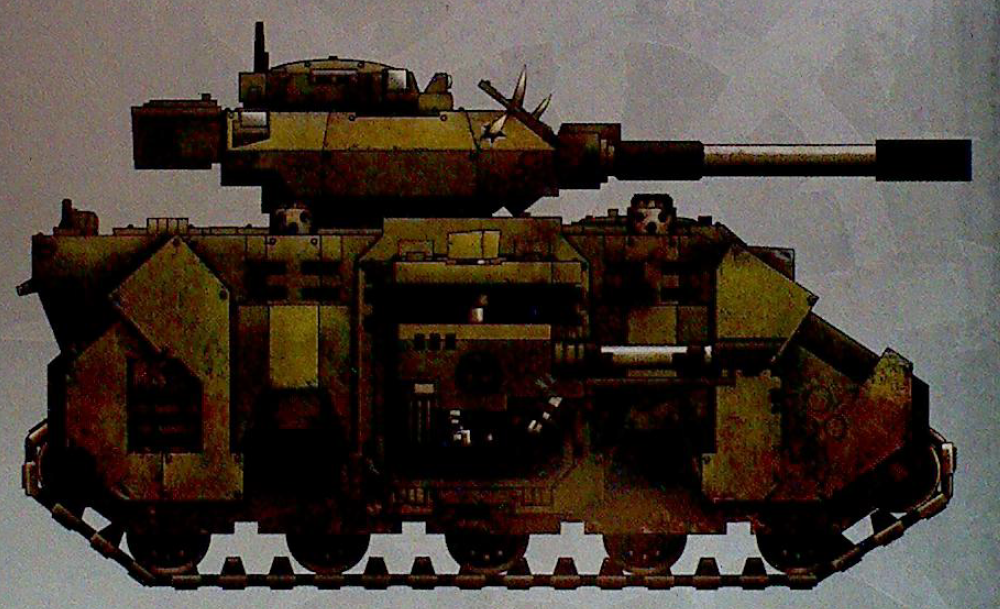 Predator Battle Tank of the Death Guard Traitor Legion. Once conforming to the Mars pattern and equipped with additional armour plating, this vehicle bears the beginnings of the stigmata of corruption so redolent of the taint of the Plague God to whom the Death Guard so long ago sold their souls.