In the Warhammer 40,000 setting, Foetid Bloat-drones are a type of Daemonic Engine: an unholy merging of Daemon and machine. These particular monstrosities fly above the ground on bussing turbines, spreading Nurgle's filth. They are related to Blight Drones. 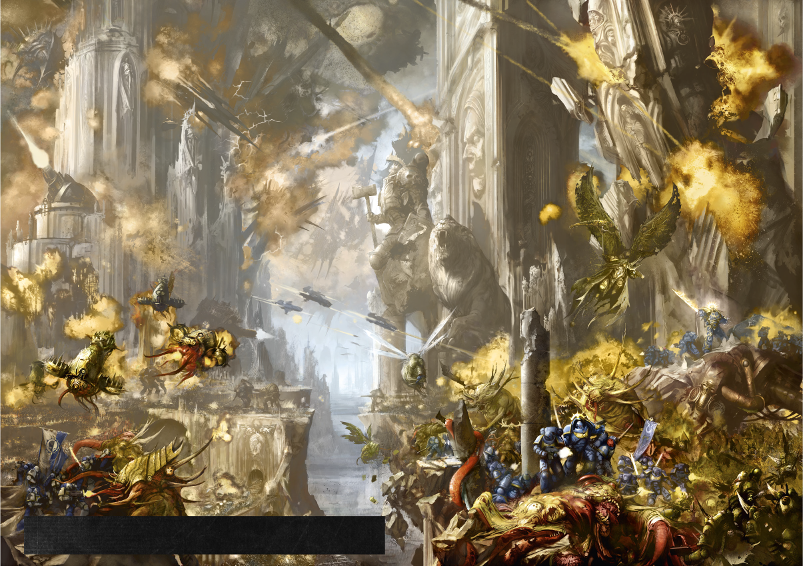 I see a rising deluge of violence drowning Humanity's worlds. Like the sea crashing upon the cliffs, it grinds and crushes with every surge. Entropy. Cruelty. Lunacy and hatred. These are the weapons of the Enemy. The tides of Chaos have toppled civilisations, bringing them from supremacy to the brink of annihilation. Blindly does Mankind make that same journey, now standing on the edge of the abyss. 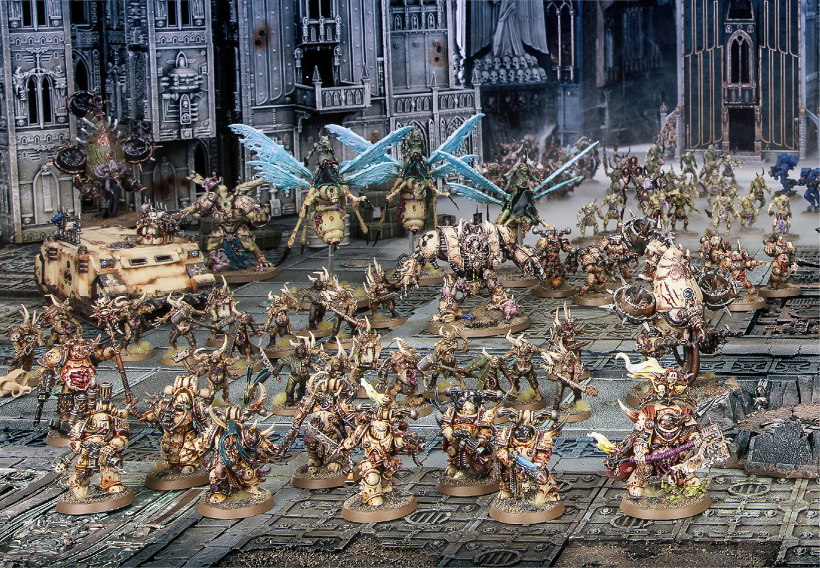 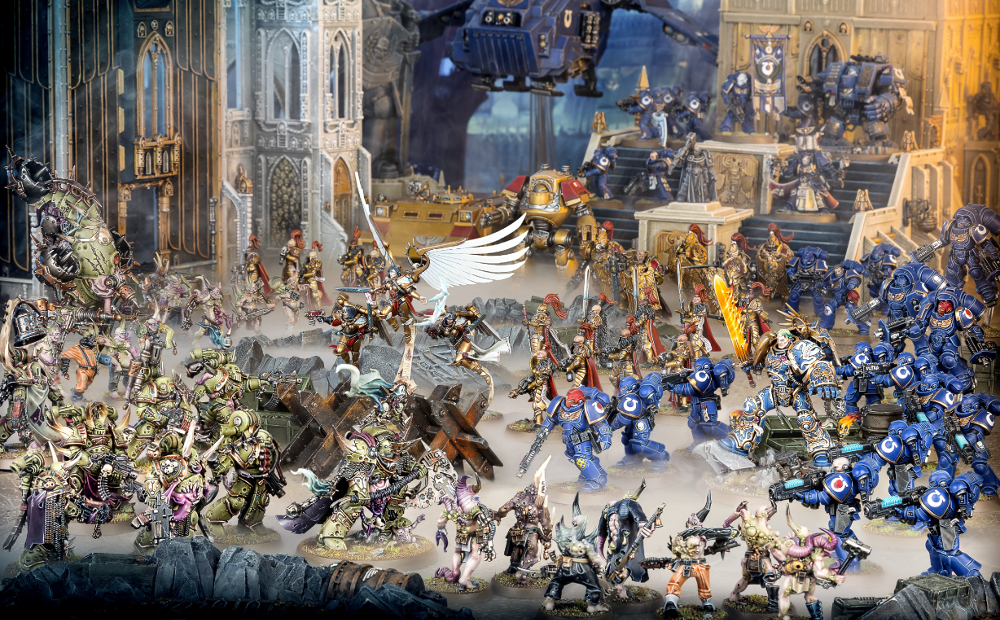 Labouring through the air on buzzing turbines, the Foetid Bloat-drone drifts towards the enemy like an armoured plague fly. Driven by the trapped essence of a Nurgle Daemon, this hideous war engine closes to point-blank range before dousing its victims in virulent foulness.

Foetid Bloat-drones are amongst the most horrific weapons in the Death Guard arsenal. More than just armoured attack vehicles, each Bloat-drone is in fact a Daemon Engine, driven by the rune-bound essence of a warp entity. Made bitter and mad by its confinement, the Nurgle Daemon turns its weaponised cage against its master's enemies with spiteful glee. The Daemon would rather butcher the Nurgle-worshipping Warpsmiths who bound it in the first place, but it will settle for the slaughter of any who stray within range. It is this cruel sentience that makes Foetid Bloat-drones so deadly.

Clad in rusting plates of rot-iron armour, their hulls overflowing with flabby foulness, Foetid Bloat-drones can withstand ferocious amounts of punishment and still keep fighting. They are designed to hover in close, drifting lazily through even the densest battlefield terrain to provide supporting fire.

To this end, most Foetid Bloat-drones are armed with a pair of plaguespitters. As the Daemon Engine hovers over the battlefield, its trailing pipes and tubes suckle rot and filth with idiot hunger to fuel these revolting weapons. The Bloat-drone slurps up diseased innards and maggot-thick mud until its unnatural flesh is straining and pulsating, refining a hideous cocktail of hyper-concentrated toxic slime. Then, with a disgusting regurgitative spasm, the drone squirts the resultant soup through its plaguespitters, spraying it in great fans across the foe. No cover or defence can protect the target from this lethal rain of filth. Victims find their bodies convulsing and twisting in the grip of a thousand maladies at once, rotting and bloating until they collapse into a heap of decaying, highly infectious matter. Many are still screaming, horribly aware as they do.

Created in festering ritual-factories on Nurgle-dominated Daemon worlds, the cost in blood sacrifice to create these engines is significant, and the binding rituals are hazardous in the extreme. Yet their enduring popularity with the Traitor Legion's Plague Lords ensures that Foetid Bloat-drones are ferried in great numbers to the war zones the Death Guard fight in, and deployed in swarms that darken the skies. 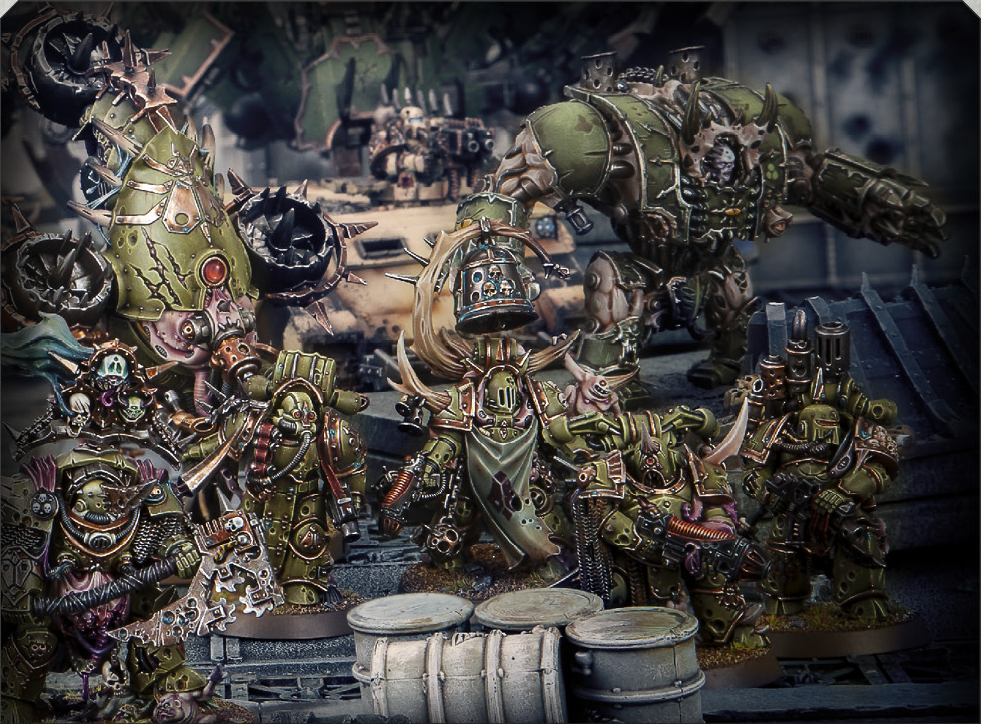