In the Warhammer 40,000 setting, an Icon of Seeping Decay is a symbol of Nurgle's might, appearing in Fantasy Flight Games' Black Crusade role-playing game. 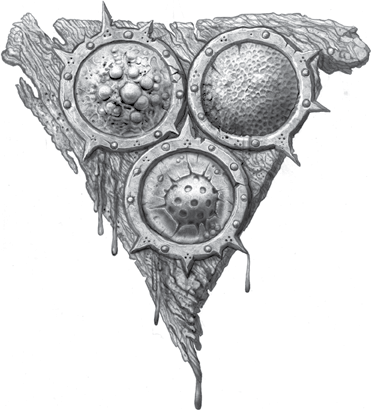 Once-proud banners, badges, or other mighty totems of faith, the Icons of Seeping Decay have long since lost any regal visage and instead drip with the corruption of Nurgle, slowing those that would stand against him and strengthening those that walk the path of filth. An Icon of Seeping Decay is a large Icon and must either be carried in one hand or affixed to a sturdy backpack.