The first issue of White Dwarf to feature a picture of Nurgle on the cover. It includes listings for some daemon miniatures of Khorne and Slaanesh. For Realm of Chaos: The Lost and The Damned there is a preview of the Chaos Beastmen section, from which this is an extract (the text here being different to that which was ultimately published in the book):

Swollen and blistered with disease, Beastmen of Nurgle swarm and breed in prodigious numbers. Their tribute to the Lord of Corruption takes many forms, although disgusting feasts of putrified food and rather unwholesome refuse are frequent occurences. No act of uncleanliness is too low for Beastmen in Nurgle's service. From the consumption of plague victims to wallowing and bathing in filth, nothing is beyond them.

Nurgle's Beastmen are marked by the colours of disease and decay, often having sallow skin and jaundiced eyes. Their fur is usually brown, although it true colour is often hidden beneath layers of filth and dung. Beastmen of Nurgle are bloated individuals, pockmarked by disease. They are often marked by carefully cultured abcesses, in the shape of Nurgle's rune. Their horns are twisted versions of Nurgle's own wide horns, many with suckered ends. The most favoured are marked by Tears of Nurgle: oozing unhealthy secretions that drip from the eyes, nose, ears and mouth. 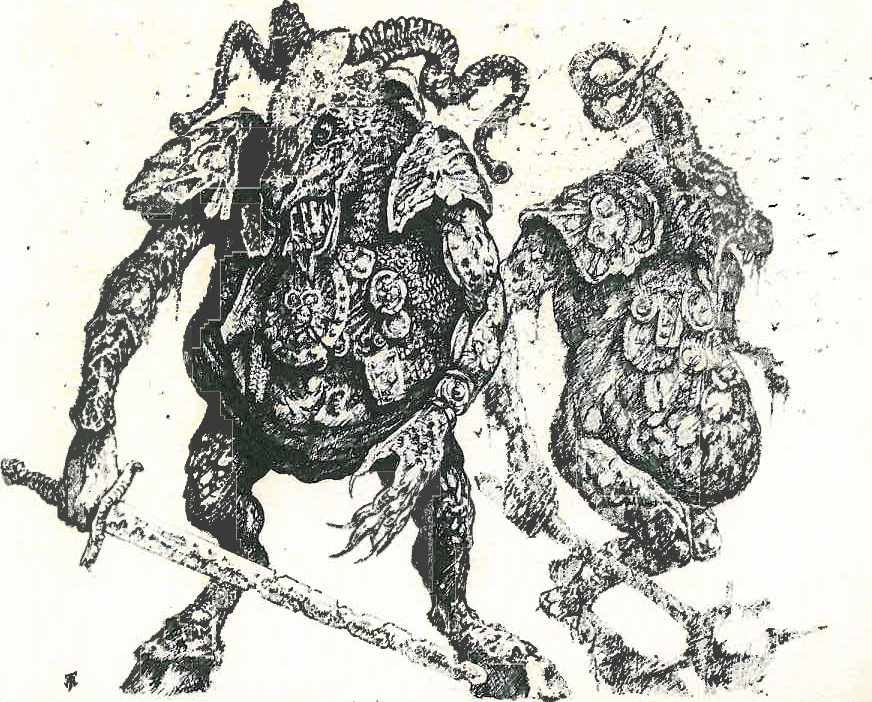