This issue includes an Illuminations article that previews artwork for Realm of Chaos: The Lost and The Damned, and yet the art presented doesn't actually appear in the book. You can see from the quote below that the Realm of Chaos books were the precursor to later Games Workshop art books.

Here's a brief look at some of the artwork you will find in Realm of Chaos: The Lost and the Damned. This book, together with its companion volume, Slaves to Darkness, makes up the most extensive collection of thematic illustrations we've ever put into print. 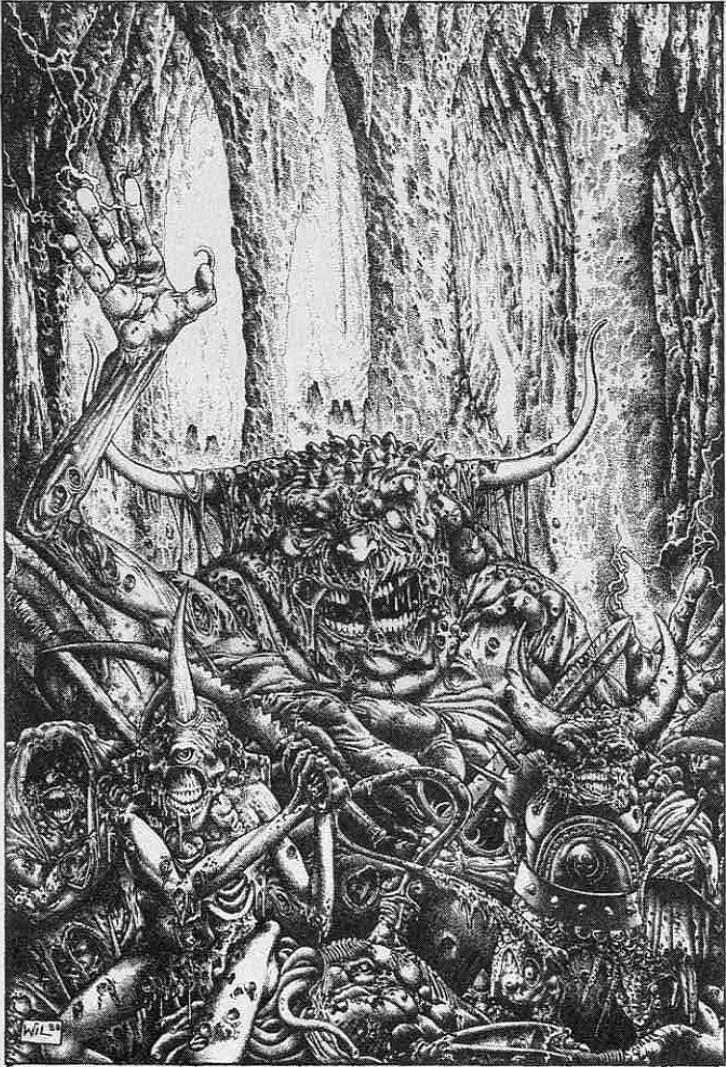 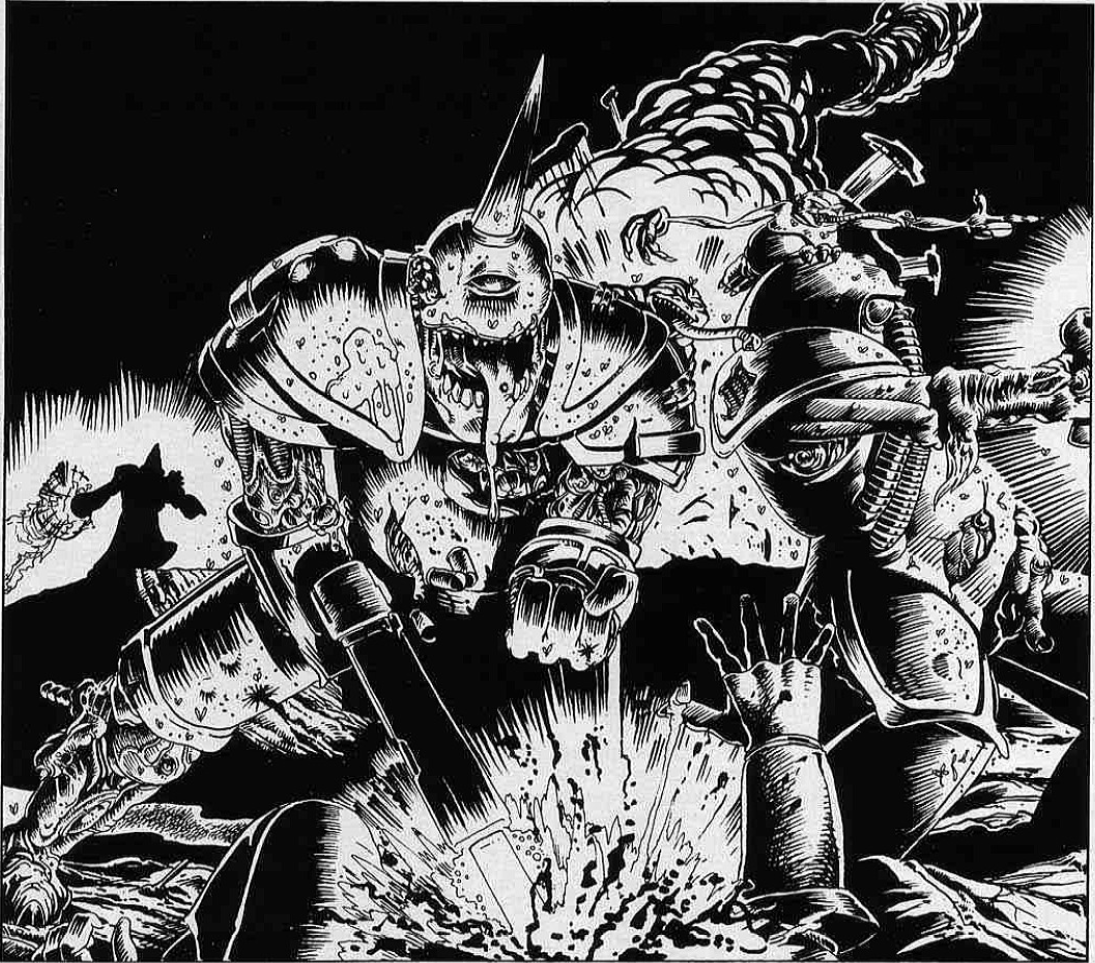 Honour Banner of the Deaths Heads

There is also a Realm of Chaos article titled "Survival of the Fittest" that extends the character development rules to apply to a whole Chaos army.

The 'Eavy Metal feature on pages 72-76 showcases the new Titan models for Adeptus Titanicus. These include some painted in the colours of the Legio Mortis.