In a Space Hulk scenario article on 'Traitor Terminators' there is an interesting Traitor Legion Table on page 28. This is used to randomly determine an appropriate Traitor Legion, and lists squad sizes (5 for unaligned legions, or the Chaos Power's sacred number for aligned legions). What stands out about this list is that as well as the World Eaters, both the Night Lords and Wordbearers are listed as Khornate legions (something that later canon disagrees with). Note that this is backed up by artwork in this issue and an 'Eavy Metal miniature in the next issue showing the Night Lords' banner as a bat on one half and a Khornate skull on the other.

[...] the World Eaters are not the only chapter to dedicate themselves to the Blood God, as the Night Lord's red and black devices demonstrate.

This issue previews the content from Realm of Chaos: The Lost and the Damned, with five pages covering Tzeentch's gifts and magic. But we're not going to cover that here; not on a website dedicated to Nurgle.

Page 58's 'Eavy Metal photographic spread includes a Plaguebearer. And on page 59 there are three Beastmen of Nurgle, a Chaos Dwarf Champion of Nurgle, and a Converted Nurgle Necromancer.

Then at the back of the magazine we get the following: 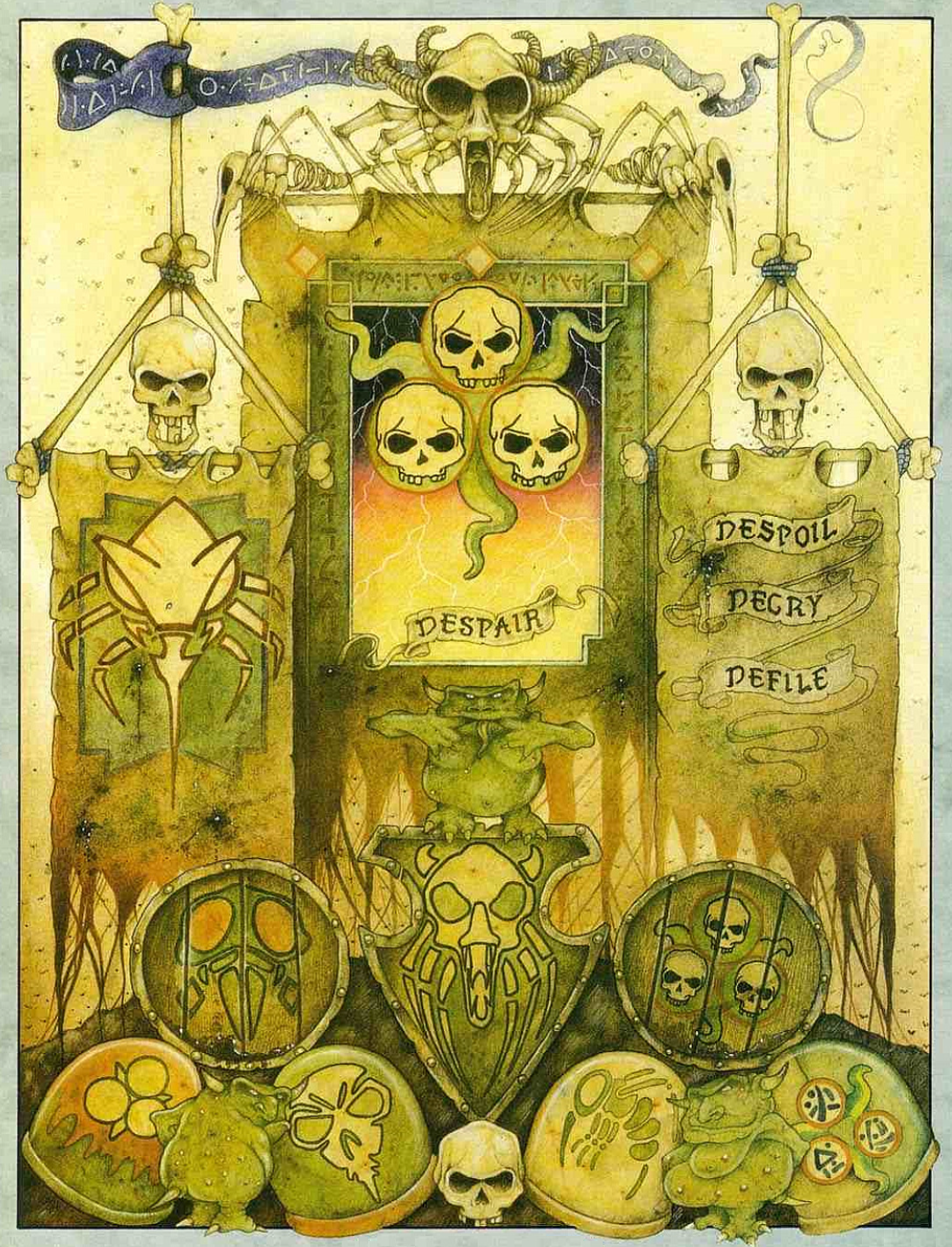 Followers of Nurgle, be they Champions of the Warhammer World or spacefaring Champions who lead the Chaos Renegades throughout the galaxy, favour certain materials with which to decorate their banners. Thus many of these banners, and for that matter the shoulder badges and icons of the Chaos Renegades, gleam with yellow pus, bile green, and several rich brown colours of doubtful origin.