Whilst Plaguebearers are tasked with tallying all of Nurgle's diseases, some amongst their number are further set the role of checking the counts of their fellows. These are the Spoilpox Scriveners, endowed by Nurgle with special powers to aid them in their jobs and acting as Heralds for their god. 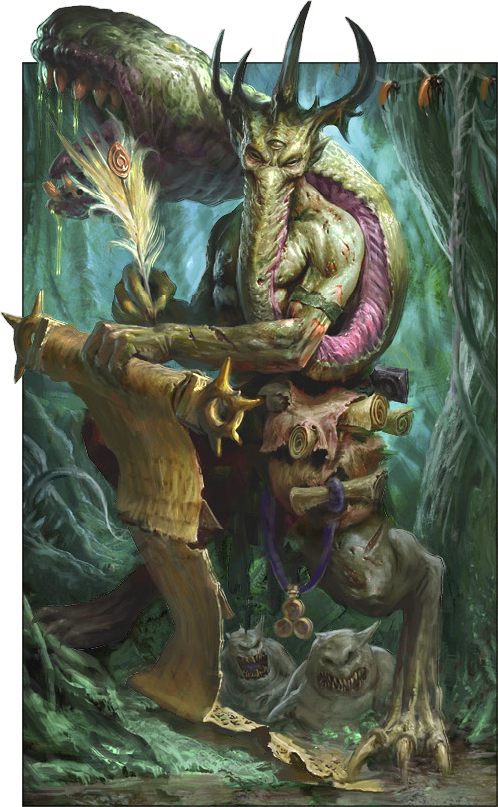 The Heralds known as Spoilpox Scriveners are given a specific task by Grandfather Nurgle. It is their lot to tally the Tallyband, to audit their ceaseless counting, and to ensure that their calculations are accurate. To accomplish their role, Scriveners are equipped with endless hidebound scrolls upon which they use special quills made from the plucked tail feathers of a Lord of Change. They record the number of diseases counted by the Plaguebearers - to double-check later - and scribble down the names of any Plaguebearers that lose count. All the while, Scriveners verbally browbeat those around them, their nasal voices amplified by their distended jaws, which can bite a man in half. Such constant abuse has a strange motivational effect upon the Plaguebearers, forcing them to concentrate upon their chanting count and move with all the haste their swollen, fluid-ridden joints can muster. Spoilpox Scriveners themselves are sullen and spiteful creatures; they long to catch their fellows out with a mistake or, even better, to record enough wrongdoing to actually punish them. Those found to make repeated mistakes are slated for the dread fate of the Chortling Murrain. 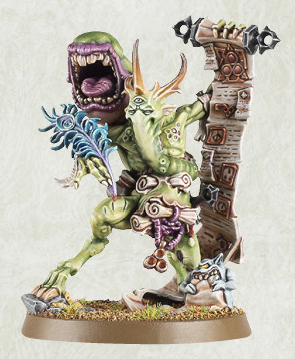