Chapter Approved 2004: The Fourth Book of the Astronomican 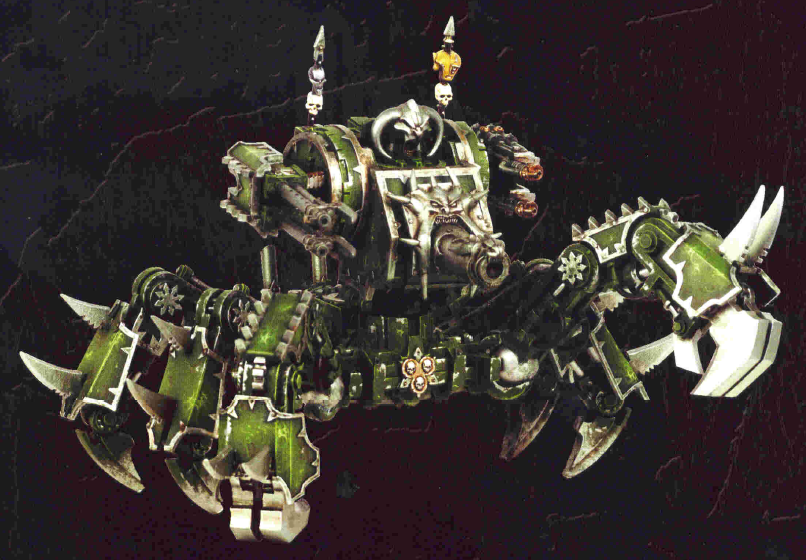 I've included the write-up of the Sons of Antaeus (part of an article on the loyalist Space Marine 21st Founding, the so-called Cursed Founding) because it makes mention of the Death Guard. Some people have speculated that the Sons of Antaeus are a successor chapter to the Death Guard. This is clearly not the case though: the game mechanics below explicitly show that their increased toughness comes from an augmented skeleton rather than a superhuman endurance granted through Nurgle's favour.

For info, in Greek mythology Antaeus was a half-giant son of Poseidon and Gaia, unbeatable in wrestling matches as long as he kept contact with the earth. He built a temple to his father out of the skulls of his slain opponents, making him a suitably grimdark figure to be commemorated in Warhammer 40,000. Antaeus was ultimately defeated by Heracles who lifted him into the air and crushed him to death.

p8 — The Sons of Antaeus

The Sons of Antaeus are only officially recorded in one source: the chronicles of the Third Inter-Guild War of the Inca Sector of 850.M41 to 901.M41. The chapter is listed as having answered the pleas of the Guild Fathers for aid against pirate forces sponsored by business rivals, and according to the records acquitted themselves courageously before departing.

Since that time, a force matching their grey and black livery has been sighted by a number of chapters in the Ultima Segmentum, and these accounts have always made specific mention of the size and apparent hardiness of these mysterious Adeptus Astartes. They are reportedly capable of surviving hits from weapons that would slaughter another Space Marine.

One such eyewitness account, submitted by Captain Rakman of the Subjugators Chapter, records an incident in which his force found itself under attack by the Eldar of the Void Dragons pirate fleet. Surrounded and under heavy fire by the pirates' ultra-rapid anti-grav vehicles, Rakman states that a force bearing the livery of the Sons of Antaeus appeared unexpectedly and attacked the enemy vehicles from behind. Forced to redeploy, the Eldar suddenly found themselves faced with the prospect of having to make a breakout. The Eldar Falcons and Wave Serpents made straight for the Sons of Antaeus, judging them the lesser of the two Space Marine forces. The incredulous Captain Rakman gives an amazing account of the Sons of Antaeus' stand in the face of a storm of Eldar firepower, against which the mysterious Space Marines stood seemingly impervious. The Subjugators were able to press their attack on the enemy rear as the Sons of Antaeus held the Eldar in place, and the pirates were destroyed in short order, caught between the immovable anvil of the Sons, and the irresistable hammer of the Subjugators.

Augmented Skeleton: During the inception of the Sons of Antaeus Chapter, its creators extensively modified the gene-seed in order to create Space Marines of exceptional durability and toughness. How they achieved this is unknown, whether their skeletal structure was enhanced with some artificial substance, or whether a more esoteric procedure was used. Less sympathetic observers point out that the chapter appears every bit as resililent as the Death Guard Traitor Legion.

Every model in the chapter has +1 Toughness added to its profile. Cursed Founding Space Marines (including bikers) with Augmented Skeleton still suffer an 'instant death' result from a Strength 8 or more weapon. 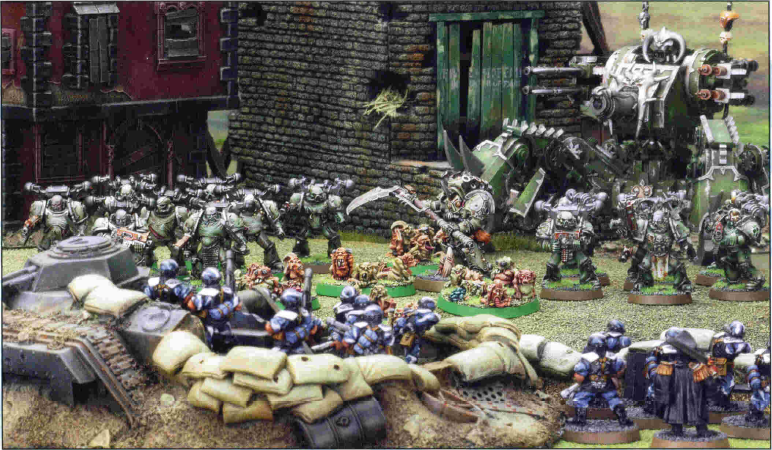 Typhus leads the forces of Nurgle as they spread their diseases among the Cadian defenders.

Pages 90 to 95 include a detailed Q&A on Codex: Chaos Space Marines, including an errata section. 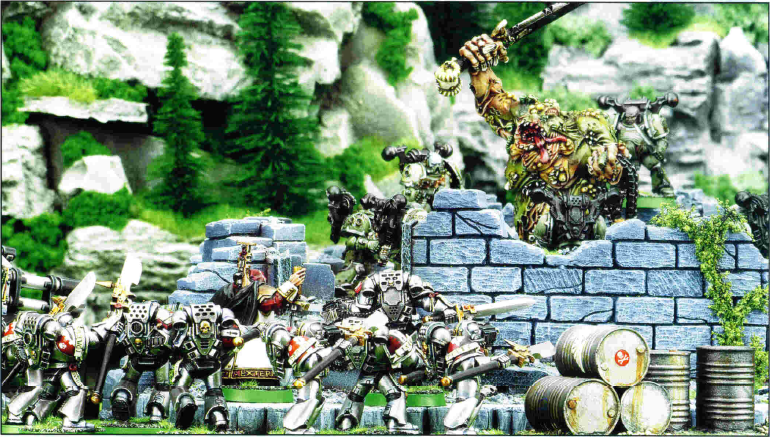 The Grey Knights' desperate effort to stop the ritual is too late.